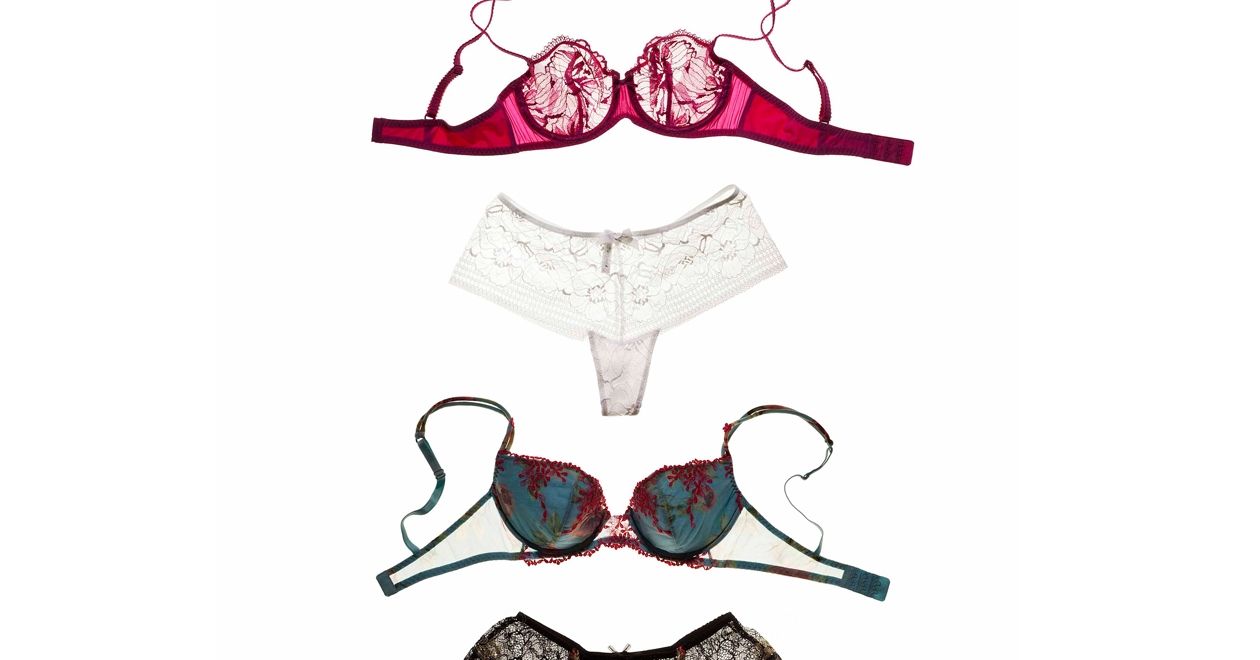 1. Fashion and Function Go Together
Lingerie is an integral part of a French woman’s fashion wardrobe. Yes, a great bra also plays a practical role in her life - French women covet comfort and support in their bras like everyone else. But intimates are also articles of aesthetic delight that are personally enjoyed by a French woman, even if no one sees those intimates but herself.

“French women demand to be stylish in every layer of their outfit,” said Jenette Goldstein of Jenette Bras  in a recent interview. “Beautiful underwear is part of the dance of life.” We couldn’t agree more.
Rosy 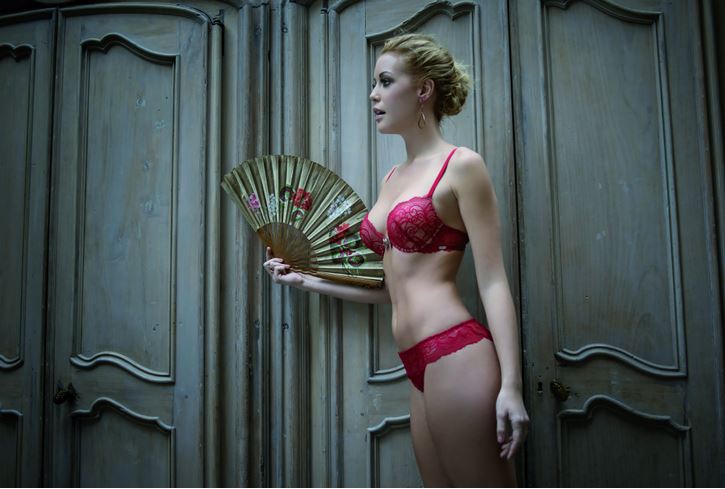 2. Feeling Sexy vs Looking Sexy
French women understand that a beautiful well-fitting bra imbues you with an incomparable sense of well-being and self-confidence. If there is any true French “je ne sais quoi,” it’s in this simple fact – but you have to feel it to believe it. Wearing a well-crafted and well-designed bra not only supports your fabulous womanhood; it goes a long way in making you feel sexy. And let’s face it: looking sexy and feeling sexy are not the same thing (though having fine French lingerie certainly helps). 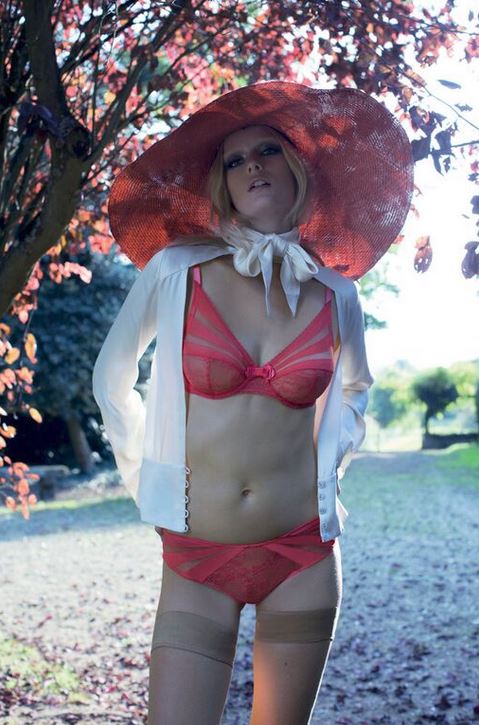 3. It’s Worth It – Because You’re Worth It
It’s not rocket science: Self-worth and what you invest in yourself go hand in glove. French women intuitively understand this connection, which is one reason why they invest oodles in their lingerie. A propos this truism, Ellen Lewis stated in recent blog interview: “It took me a long time to realize that investing in French bras was investing in my self esteem.”

The founder of Lingerie Briefs, Lewis hit a number of key points in her interview, including this: We American women spend a fortune on our shoes which, as she astutely pointed out, “is one of the areas of the body, like the breast, where comfort really matters: for posture, for a sense of feeling liberating and easy-going, for self-esteem. Think about it: How do you feel in a pair of shoes that doesn't fit well? You can’t even focus.”

Why, then, do we shoot our wads on shoes and not on our very essential breasts? “Because the shoes can be seen, that’s why,” said Lewis. “I think American women are all about exposure: If you can see it, you should spend money on it: the pocket books, the shoes. But when it comes to what’s underneath, there’s almost no self-respect going on.” 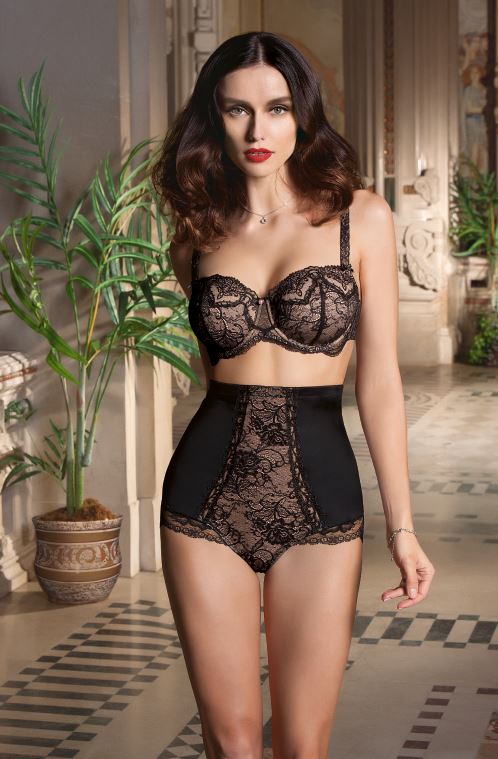 4.Color Me French
The majority of French women embrace color (even under sheer white blouses) and don’t wear predominantly nude bras. In fact, it wasn’t until recently that French brands even started making nude bras – for the American market.

They also enjoy showing a little peak of lingerie from time to time, and consider it gauche to try too hard to hide it. French top model Ines de la Fressange asserts in her book “Parisian Chic” that it's better to elegantly show your lingerie than to resort to gizmos like bras with transparent plastic straps. “No one ever gets used to them,” she writes in “Parisian Chic.” “ A stylish, visible bra is far sexier.”

The moral of this story? Wear color. Embrace it. Be bold but discrete. Playful but graceful. 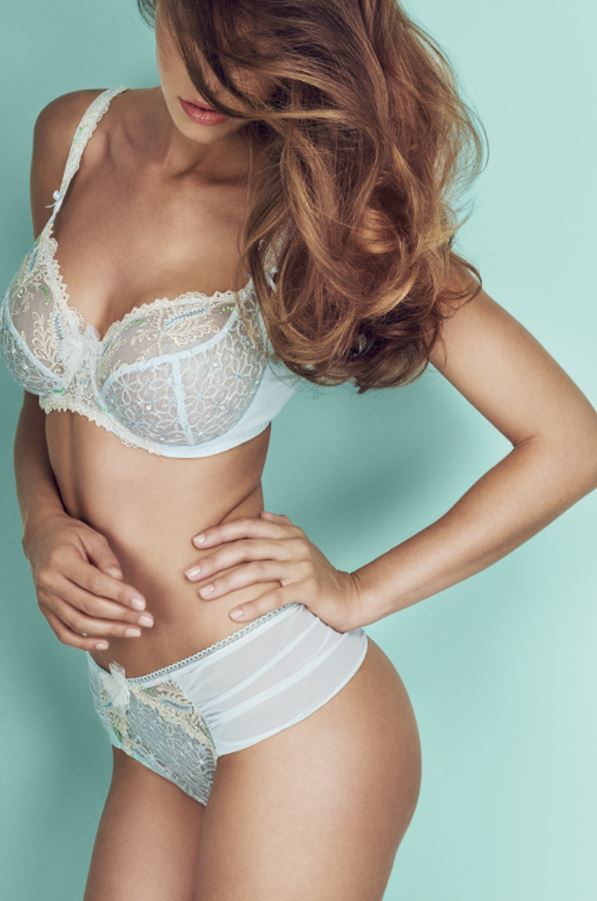 5.  Seamed Support Trumps Molded Uniformity
Just as the nude bra is a relative newcomer on the lingerie scene, so, too, is the bra with molded cups. Manufactured with heat-sinking machines that fix bras into pre-set molds, the molded bra is a unique product of recent high-tech times.

Seamed bras, on the other hand, are a marvel of artisanal craftsmanship imbued with centuries of savoir-faire and that – here’s the rub, ladies - also provide more support than the molded bra.Their side and diagonal seams create specific uplift that’s designed to support a woman’s breasts in ways that simply don’t exist in a molded bra.  And that's not all: They are the canvas for incredible artistry that’s expressed in lace, tulle, satin, and other fine textiles - another attribute that you won't find in a molded bra.

Yes, we American women love molded bras because they conceal and create uniformity. When the look of a seamed bra under a t-shirt became a fashion faux pas in America is anyone’s guess. But American women would be well advised to take a leap of faith and get fitted in a sensational seamed bra by a bra fitters who knows the trade. Chances are high they won't turn back. 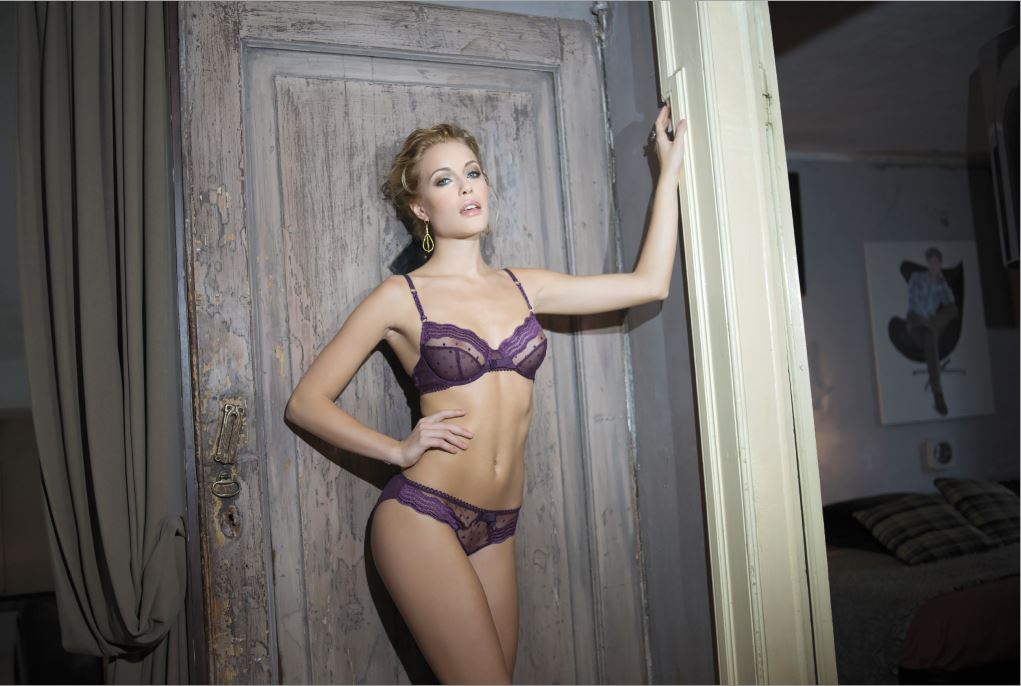