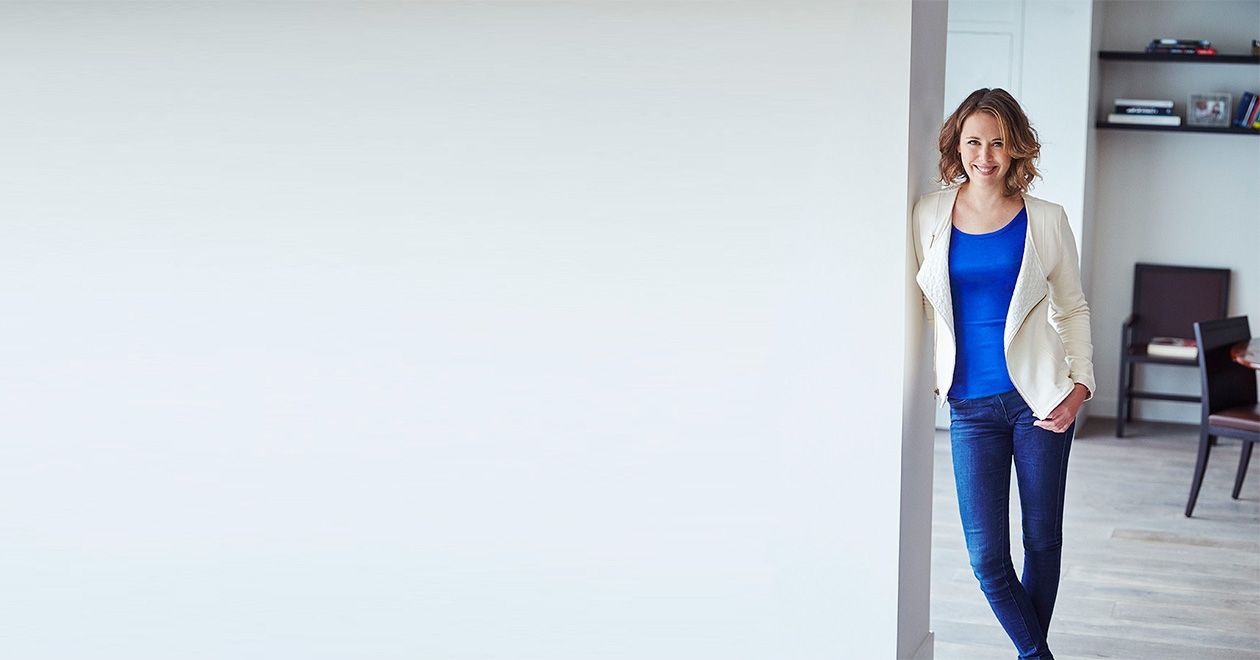 In the 1940’s a charismatic and elegant French woman named Simone started a small made-to-order corsetry business. Her mandate: To liberate women from the constraints of traditional corsets and marry comfort with aesthetics. Starting first in her own home making satin bras by hand, she worked diligently at her trade and was eventually joined by her husband, referred to simply as “Monsieur Pérèle.” 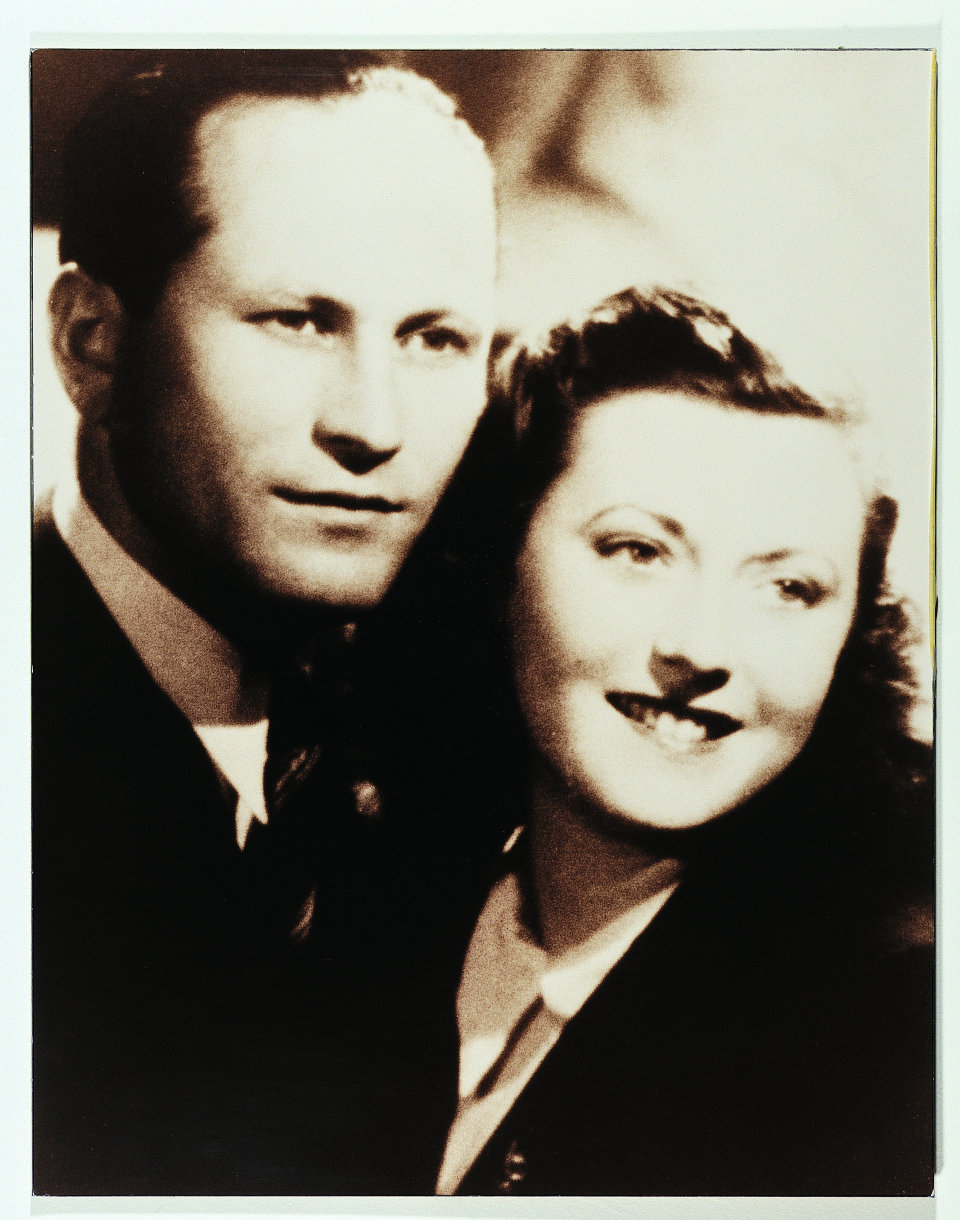 Simone and Monsieur Pérèle Over the course of three decades Simone Pérèle grew her business while responding to changes in the social evolution of women that were reflected in lingerie: from the girdle to the revolution of Lycra, with and without underwire, and in every innovative fabric and design. After decades at the helm of the enterprise, Simone Pérèle turned over the business to her daughter and her son. A generation later, the marketing and creative development reins were turned over to her grand-daughter, Stephanie Pérèle.  “We are a working family that goes back to the 1940’s, for over seventy years,” Stephanie Pérèle recently said.  “That’s part of the magic behind the brand. We’ve worked together harmoniously and creatively for so many decades – and on an international scale. That’s pretty remarkable.”

We recently spoke with Stephanie Pérèle about this remarkable magic.


Lingerie Francaise: Your grandmother was a true visionary and a maverick for her time.

Stephanie Pérèle: Yes, she was a real visionary in the field of corsetry and prêt-à-porter for women, with a certain particularly French savoir faire. She also had a real avant-garde spirit for her time. 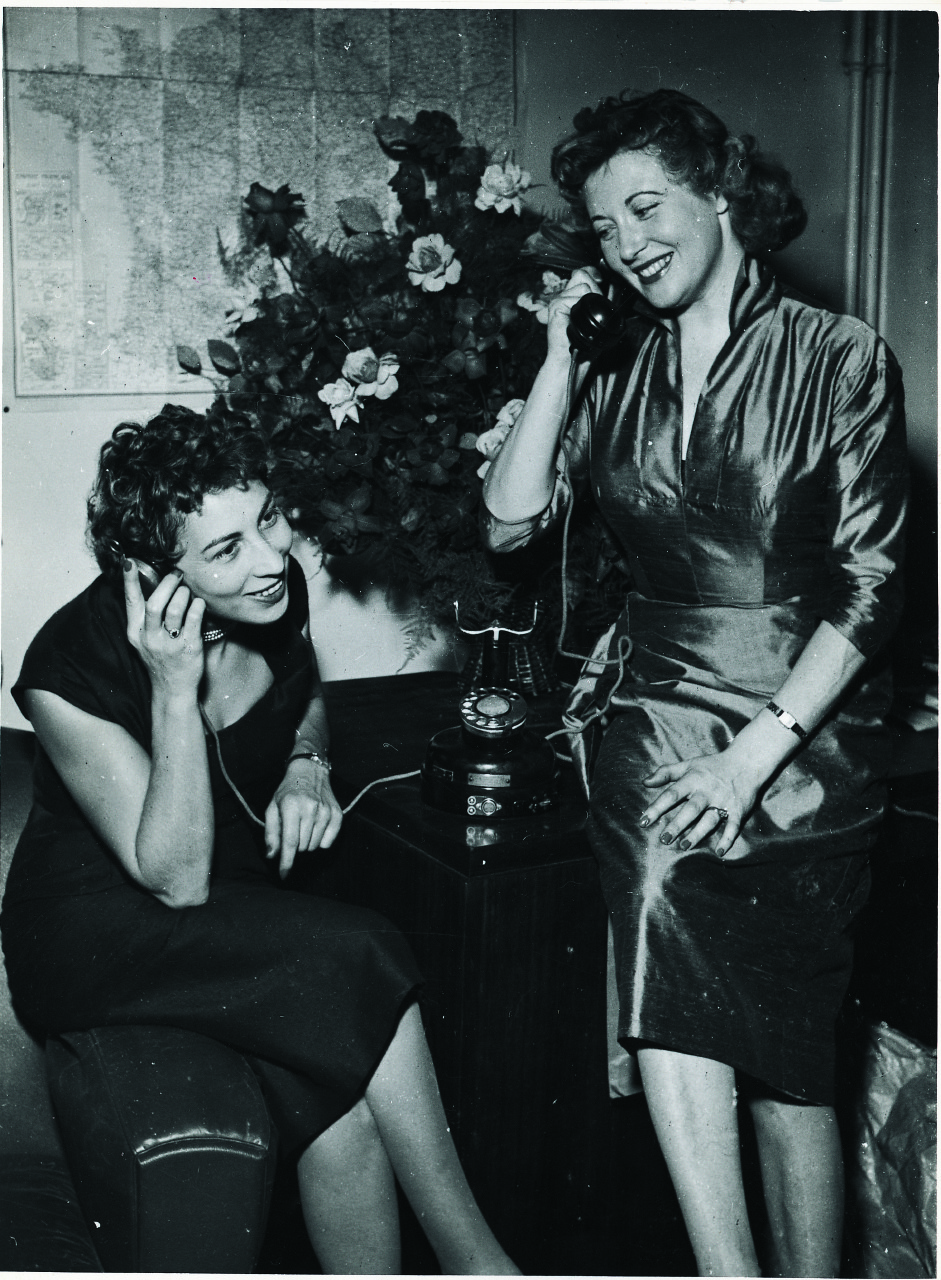 Simone Pérèle at right LF: She was quite a maverick, in fact. Did she have formal training in the field or was she self-taught?

SP: She learned corsetry through her mother. Corsetry was a made-to-measure business at the time. After World War II, she made money fitting women and making custom corsets. Just after the war she met her husband, my grandfather, who noticed that she did everything on her own: from the artistic and creative end of the business to customer service. He also realized that they couldn’t grow without additional personnel, because she was taking on an increasingly heavy load, with more and more clients. That began the process of hiring new seamstresses and designers one by one. Their business progressively grew until the birth of the actual company: Simone Pérèle.

LF: Was she considered a feminist in her day? She certainly wanted to liberate women, at least from the constraints of the corset.

SP: I wouldn’t necessarily use the word ‘feminist.” I think the word “avant-gardist” is more apt. She never wanted to make compromises. During her day corsetry put significant constraints on the body. My grandmother was intimately persuaded that women could have support and comfort and wear something that was pretty. And that was always her mandate: To marry style and comfort – but never one to the detriment of one over the other. Again, she was more of an avant-gardist in that regard, not a feminist. That said, her raison d’être was to make sure that women felt good in their own skin. She wanted them to experience the freedom that came with the marriage of comfort and beauty.

LF: Do you have personal memories of her?

SP: Oh yes, I have many memories of her. I was a teenager when she passed away. Those memories aren’t tied to her professional life, however. She had already retired when I was old enough to understand the métier, so I really knew her as my grandmother, not as Simone Pérèle the businesswoman.  She had a lot of charisma. You noticed her when she walked in a room. She was tall and beautiful, with a natural elegance about her. She was not interested in artifice; she was naturally chic but not pretentious.  She came from a modest background and created her enterprise on her own merits.

LF: Surely you only wore Simone Pérèle lingerie from an early age.

SP: Of course! (Laughs) I was born and grew up in that world. My mother worked her whole life for the company. So naturally as soon as I was old enough to wear a bra, there was no question that we’d look for any other French brand. I was lucky enough to grow up wearing lingerie that was beautiful but that also fit me extremely well: lingerie that was so comfortable I could wear it all day and forget that I even had it on. That’s pretty incredible, because if I try on a different brand that doesn’t fit well – even if it’s one of our own models in development – it’s unbearable. It’s out of the question that I might wear or produce uncomfortable lingerie that does fit perfectly well.

I hear a lot of women say that their bras are uncomfortable and don’t fit them well; they’ve gotten used to discomfort. I can’t imagine that. Lingerie should truly be so comfortable that you forget you’re wearing it. But it should also be aesthetically well-designed. That’s the equation for us.

LF:  I think that in the States many women have gotten used to separating beauty and comfort. It’s hard to imagine them both co-existing.  I’ve heard many American women look at beautiful French lingerie and say: “It’s so beautiful that it can’t be comfortable.”

SP: But that’s false! I think that American women have a very different take on lingerie than French women. French women will first to look for a bra that’s beautiful – that has lace or certain seductive attributes. After that, if the bra is also comfortable, all the better. You American women have an entirely different approach: First you want to feel okay and comfortable in your bra, even if, in fact, you might be wearing the wrong bra size. If that bra has a few seductive attributes, all the better, but that’s not the priority.

It also seems to me that American women buy lingerie as more of an obligation, not a pleasure. It’s interesting: we’ve noted that in Germany, women are also inclined in the same way, and to look first for comfort, and secondarily for aesthetics. It’s not at all the same type of purchase for French women. French women are more inclined to exalt aesthetics and sensual attributes when they buy lingerie. This might seem totally twisted, but a French woman generally prefers to wear something beautiful, even if she’s not comfortable in it. Aesthetics first – we’re talking about two extremes.  But once a woman puts on a Simone Pérèle bra that’s both beautiful and fits correctly, she’s hooked. We have a loyal customer for life. My grandmother instinctively understood this. 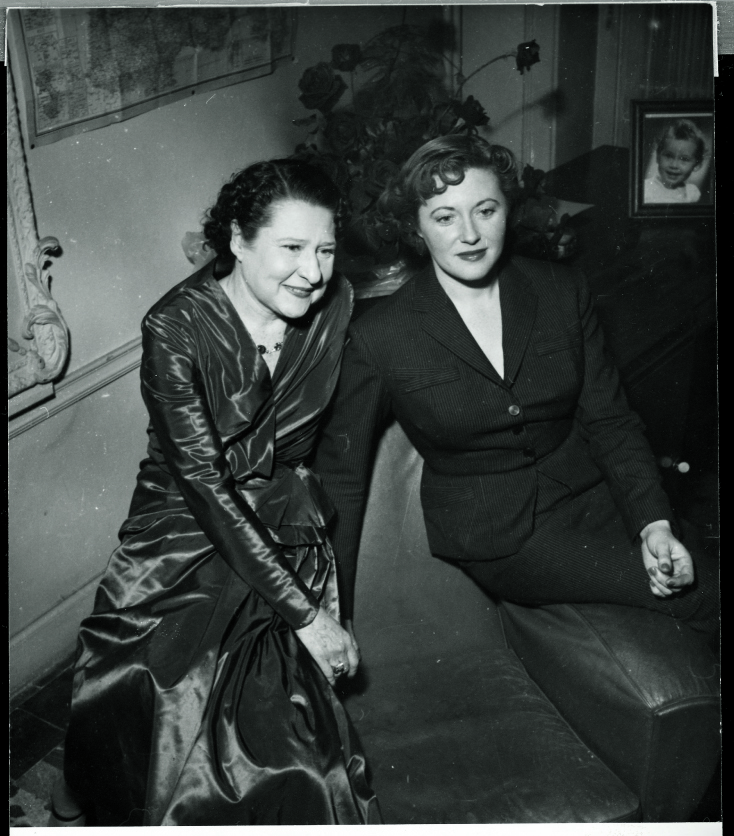 Simone Pérèle at right LF: There’s also the notion in the American market that French lingerie is only for small-busted women.

SP: Yes, and that’s just a myth. We have sizes in every range, from A to G and H. Our Revelation line is specifically designed with full-busted women in mind, but we’re introducing larger cup sizes in every new collection so that women have a variety of options – from the most basic bra to the most seductive bra – in every style. And I think that was part of my grand mother’s mission: to make sure that every woman, irrespective of her size, could find the perfect-fitting, beautiful bra. We are not so high-end that we’re unaffordable to women; we’re affordable luxury lingerie.

American women are also primarily interested in nude colored bras and in not revealing their lingerie or hinting at it, which is why for the American market we sell a lot of spacers and molded bras. But, at the same time, we’re noticing that American women are increasingly interested in a certain feminine touch to their lingerie– the French touch – which is what we try to provide American consumers: enough of that aesthetic sensibility to appeal to American consumers who are drawn to practicality but increasingly interested in beauty.

LF: Part of the problem seems to be that department stores carry mostly nude bras because they sell well. It’s as if they don’t want to take a risk with color, even though if American women were exposed to colorful lingerie from the get-go – the kind of emerald greens, indigo blues and fuchsia colors you typically see in French lingerie - they’d probably buy it. It’s a little bit of a vicious circle.

SP: That’s true. I was very surprised to note that in many American department stores, the shoe department is wonderful – very luxurious and well-presented, and usually on the first floor in the front of the store. Lingerie departments, on the other hand, were invariably on a different floor in the back of the store. They don’t have nearly the same appeal. It’s a big process to get American buyers to see lingerie as fashion the way French women see it. Once that happens, things will change significantly.  But until things change in the American mind, you won’t see the creative audacity in your typical American department store that you see in French ones.

LF: We all still have to go to France for that, just like we did at the turn of the century!