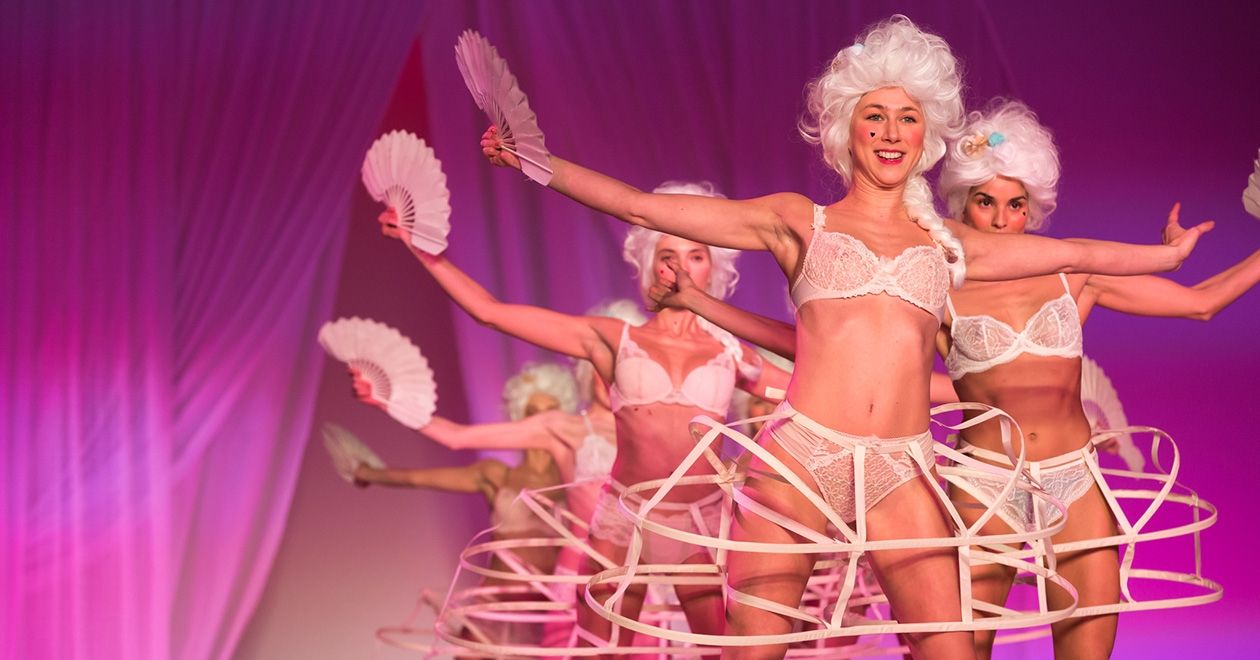 A riveting pageant of the finest French lingerie came to life at the uniquely Parisian "Lingerie, Mon Amour," an extraordinary fashion show that featured nineteen of the most prestigious French lingerie brands united for the first under one roof at the magnificent Pavilion Cambon in Paris. (Click here to see the entire show.) This gorgeously orchestrated and choreographed performance featured eclectic live music, sumptuous set design, and presented the glory of French lingerie in the context of the following four iconic Parisian portraits: 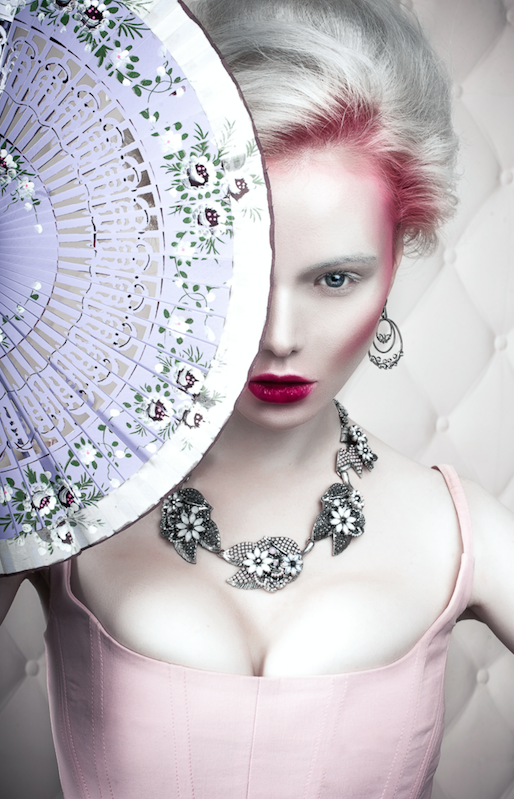 She was one of the first women to liberate herself from the corset. In tribute to Marie-Antoinette, grand siècle wigs and romantic tresses were on display by cheeky women with powdered complexions, hiding behind their fans. French lingerie was adorned with floral prints and pastel colors: sky blue, powdered pink, pearl gray, lilac, lily flowers or orchids. Crinolines twirled to the sound of a revisited minuet in a boudoir and baroque spirit. Let the ball begin! 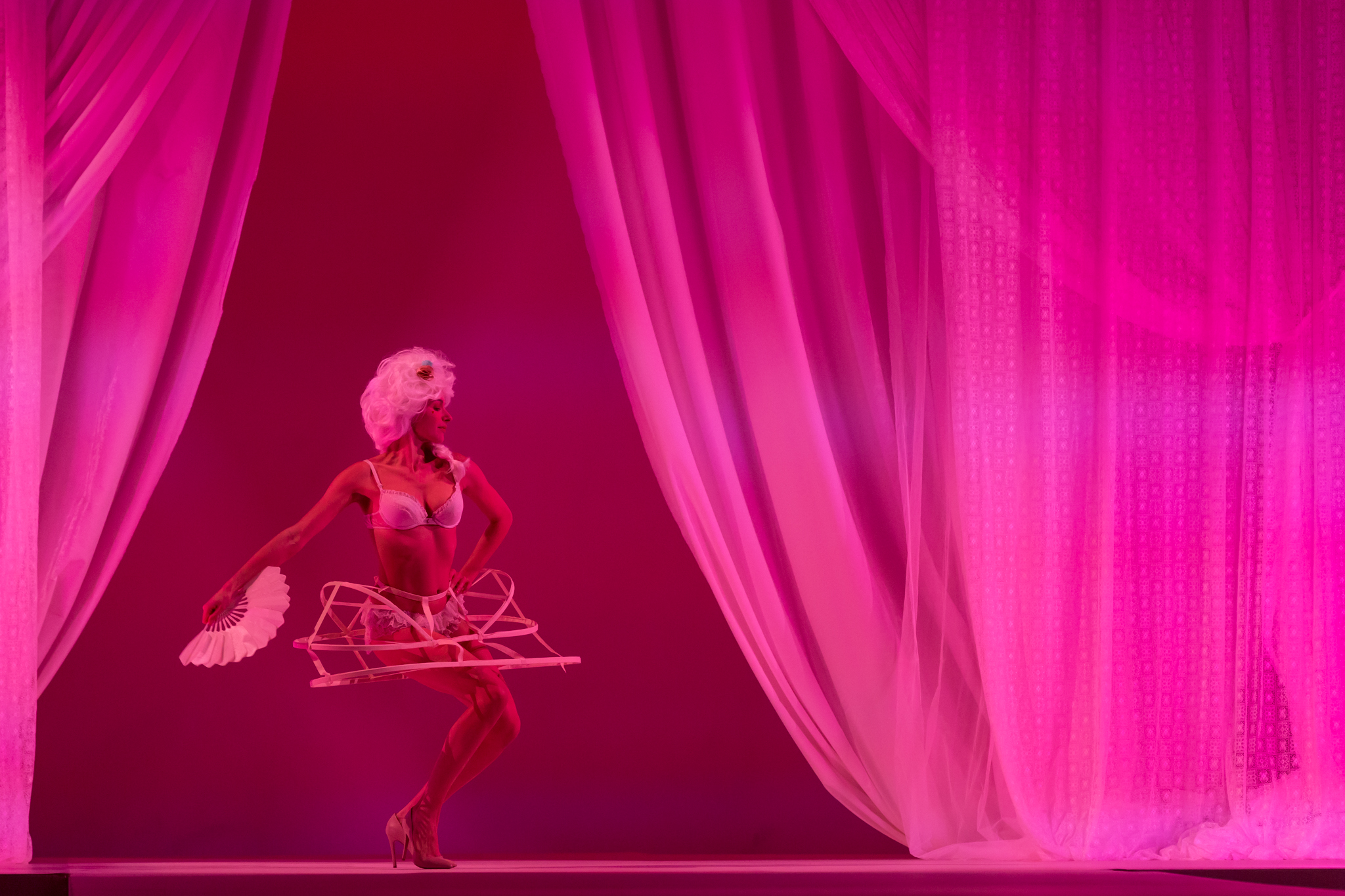 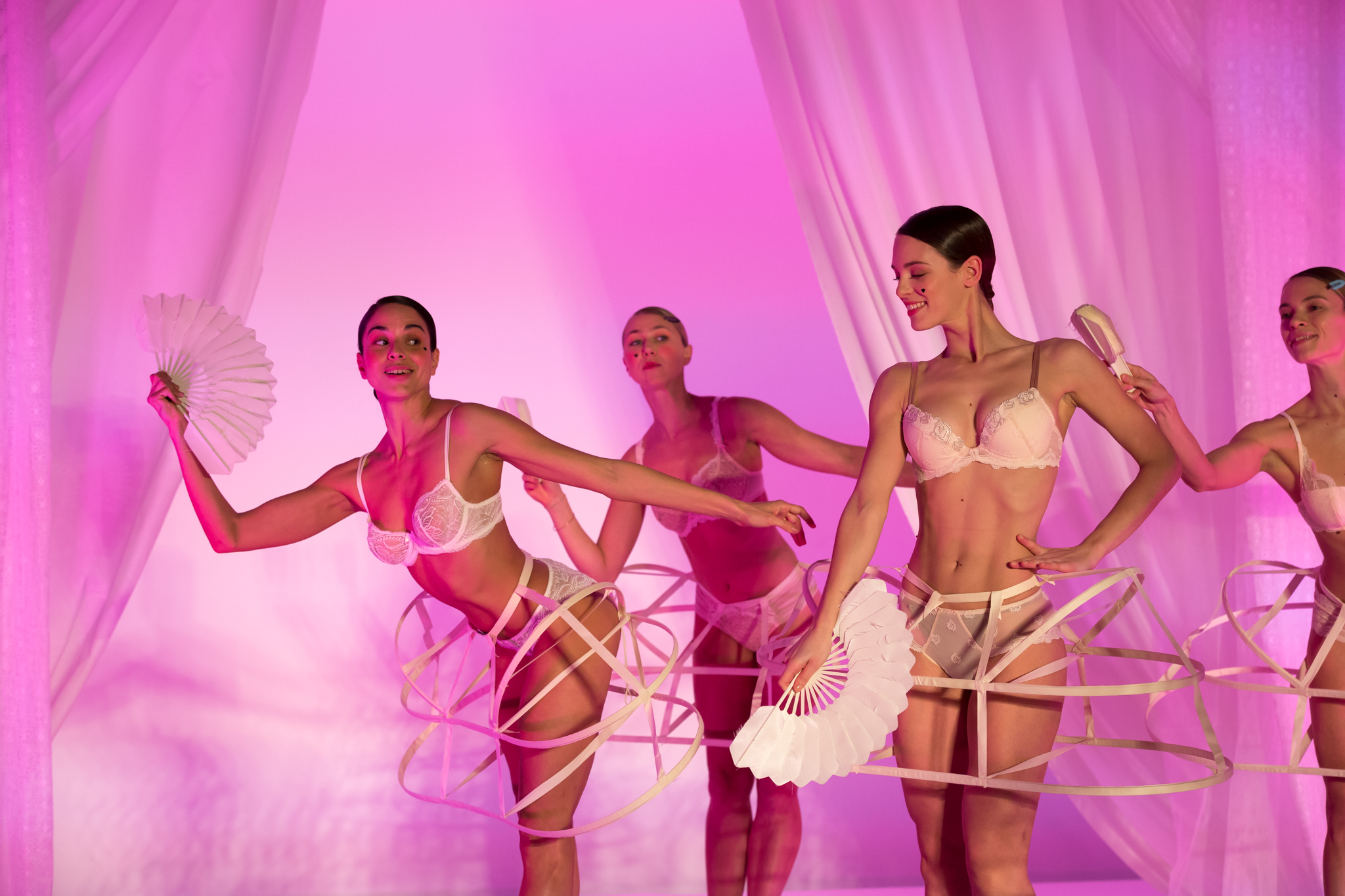 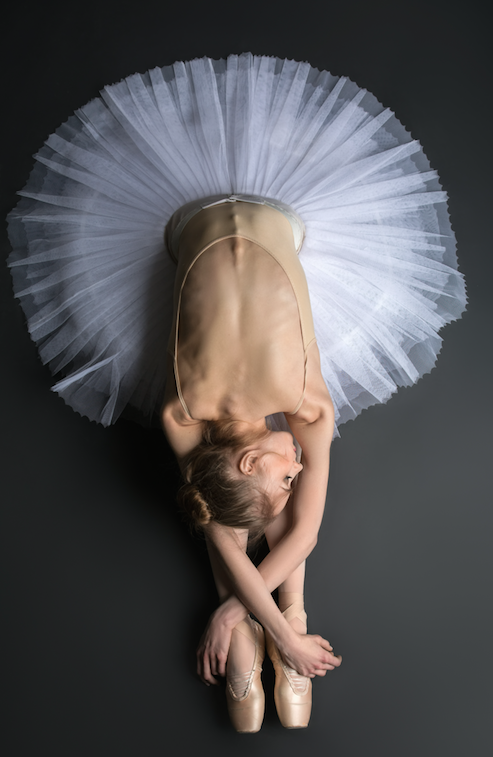 BALLET
White sails evoked virginity and innocence in the form of the pure, transparent Couture bride and the iconic, romantic Giselle. A cloud of Sylphides in a tutu unveiled nude undergarments in brilliant white, cream, champagne or flesh. Precious materials, refined details, and pretty ribbons brought this romantic ballet to life. 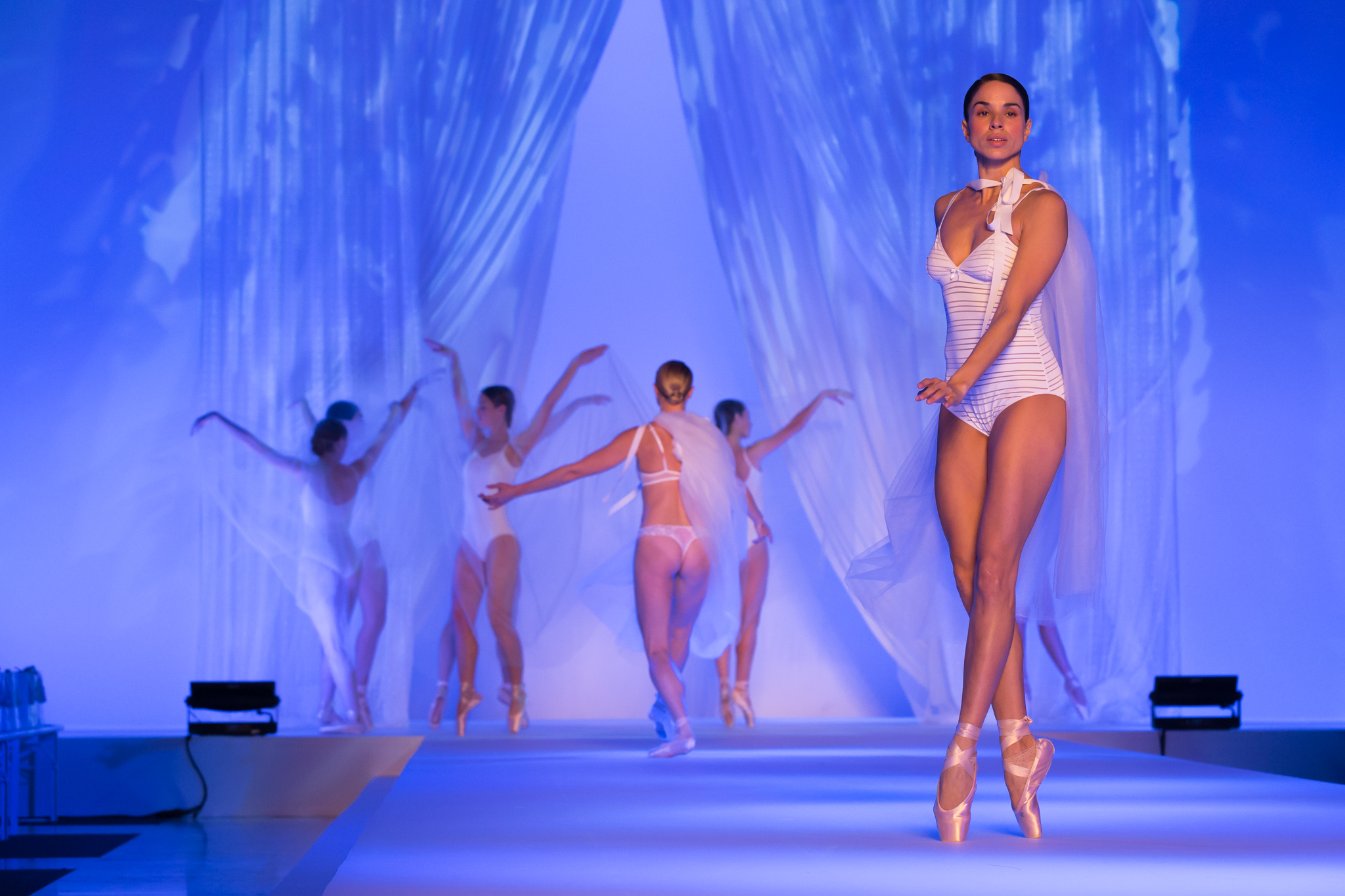 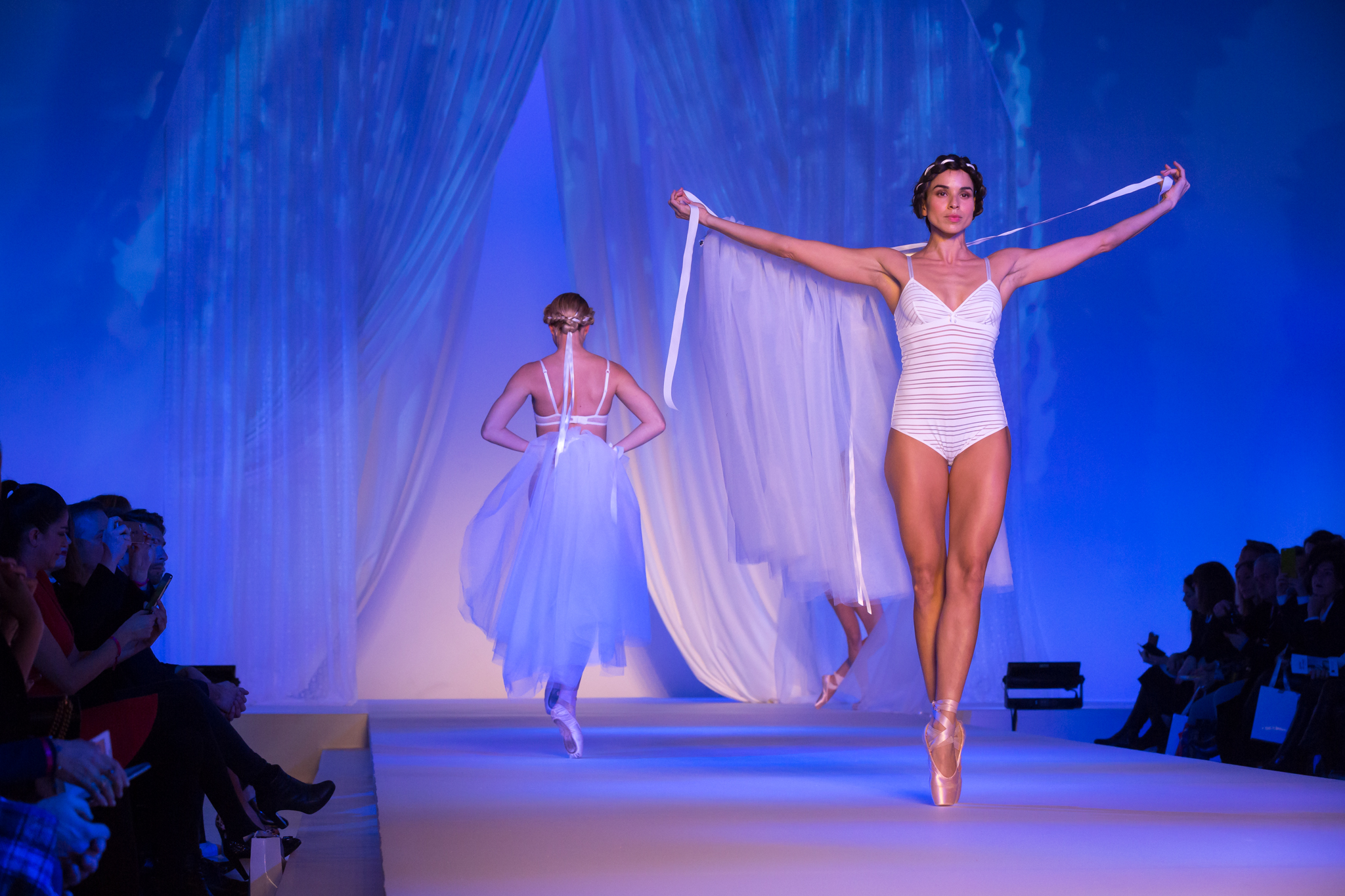 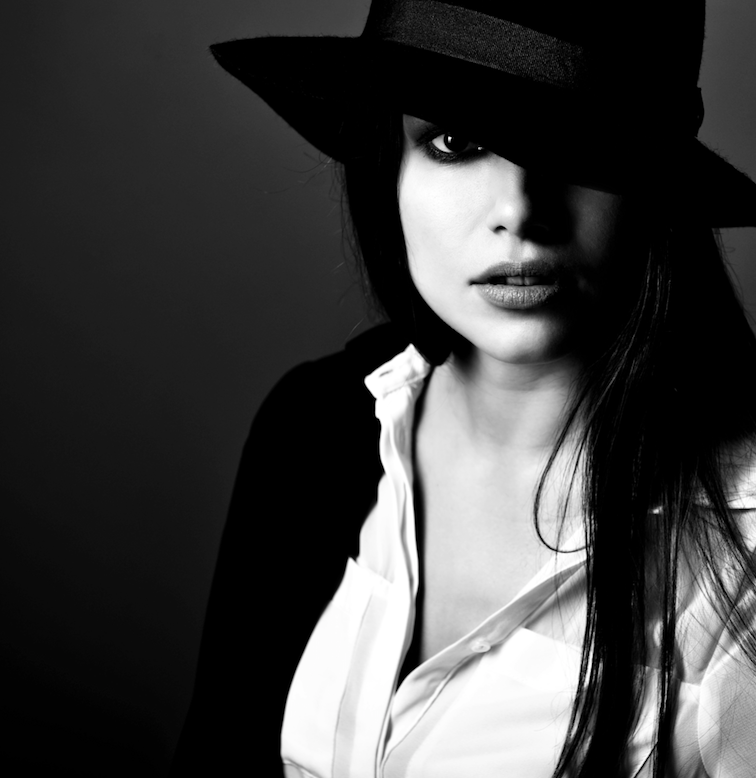 The Parisian New Look, chic and mischievous with a curved waist, was revealed in dramatic black finery. Under a couture cap, the play between innerwear and outwear evoked exuberant feminine sensuality. Original choreography recalled certain aspects of voguing or striptease, showcasing the captivating air of French lingerie. 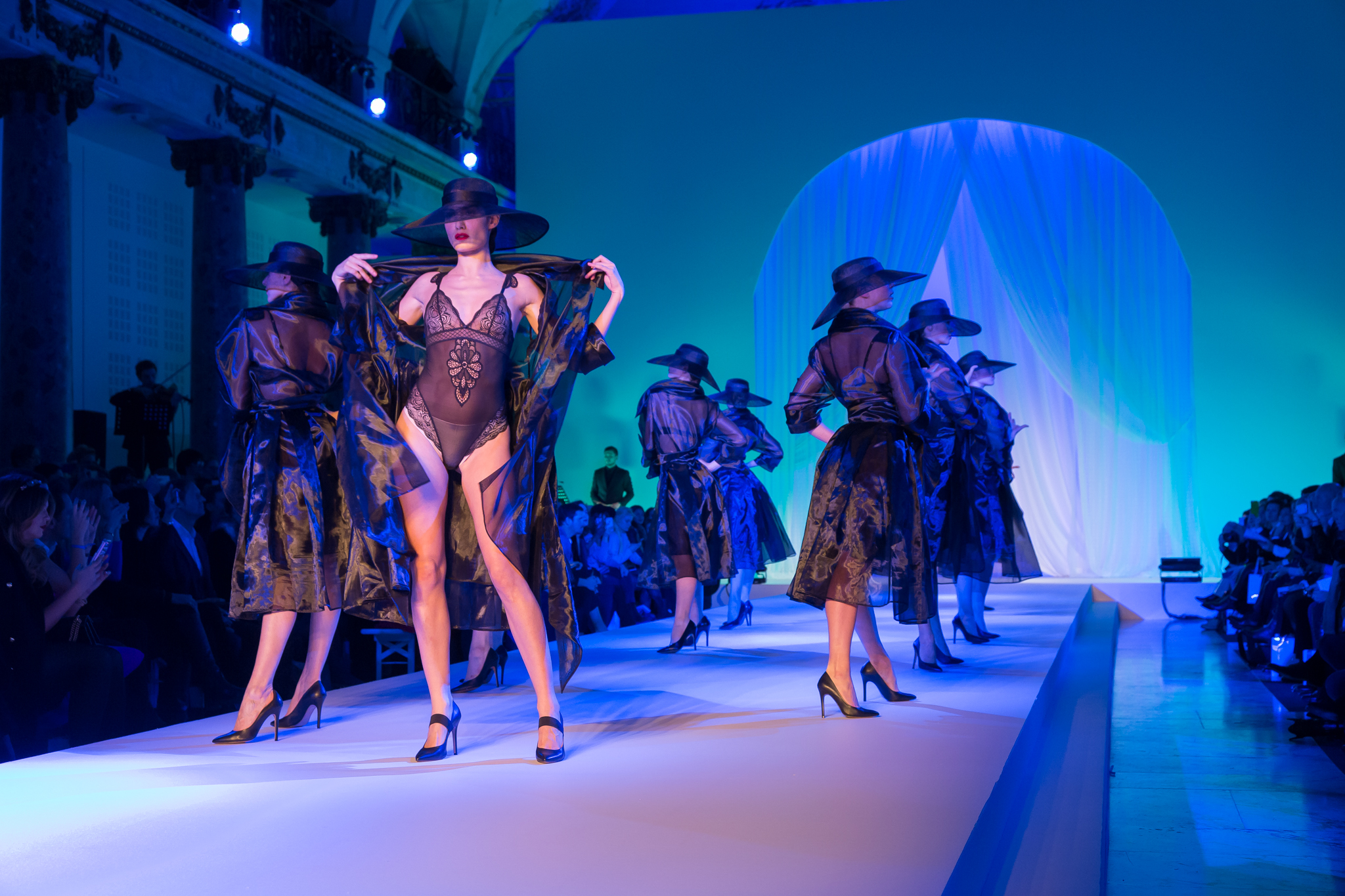 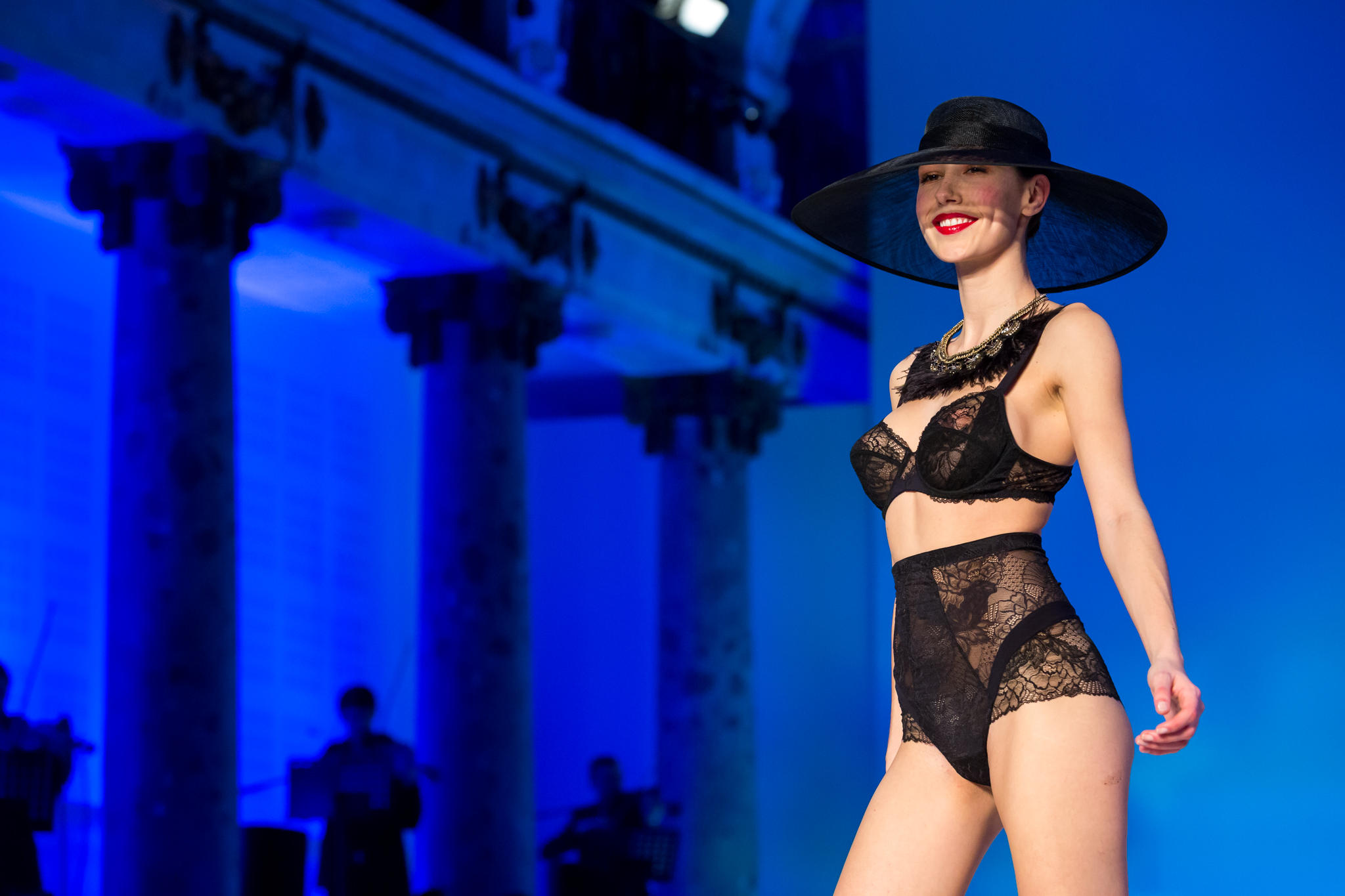 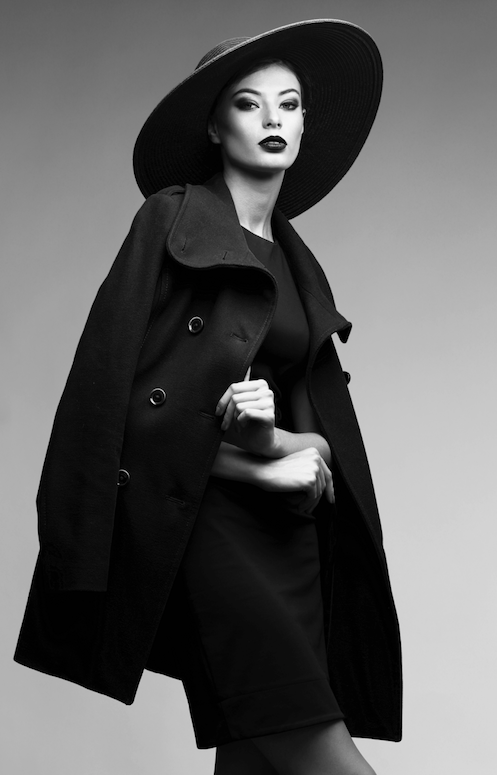 DANDY GIRL
The dynamic Parisian often presents herself in tuxedo jacket and sexy décolleté. A modern and fatal attitude echoed the imagery of photographer Helmut Newton, with black jacket and a magisterial look. 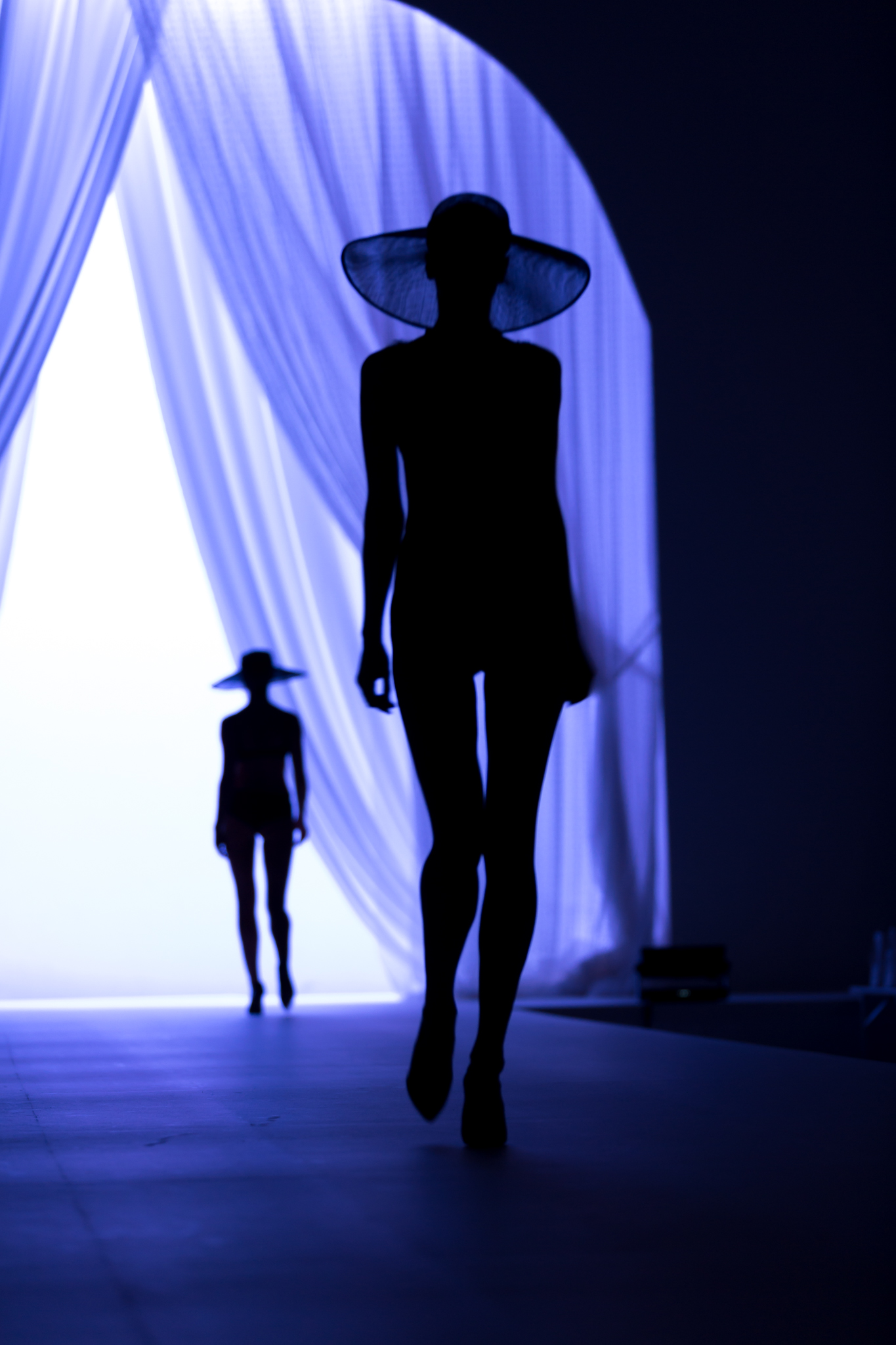 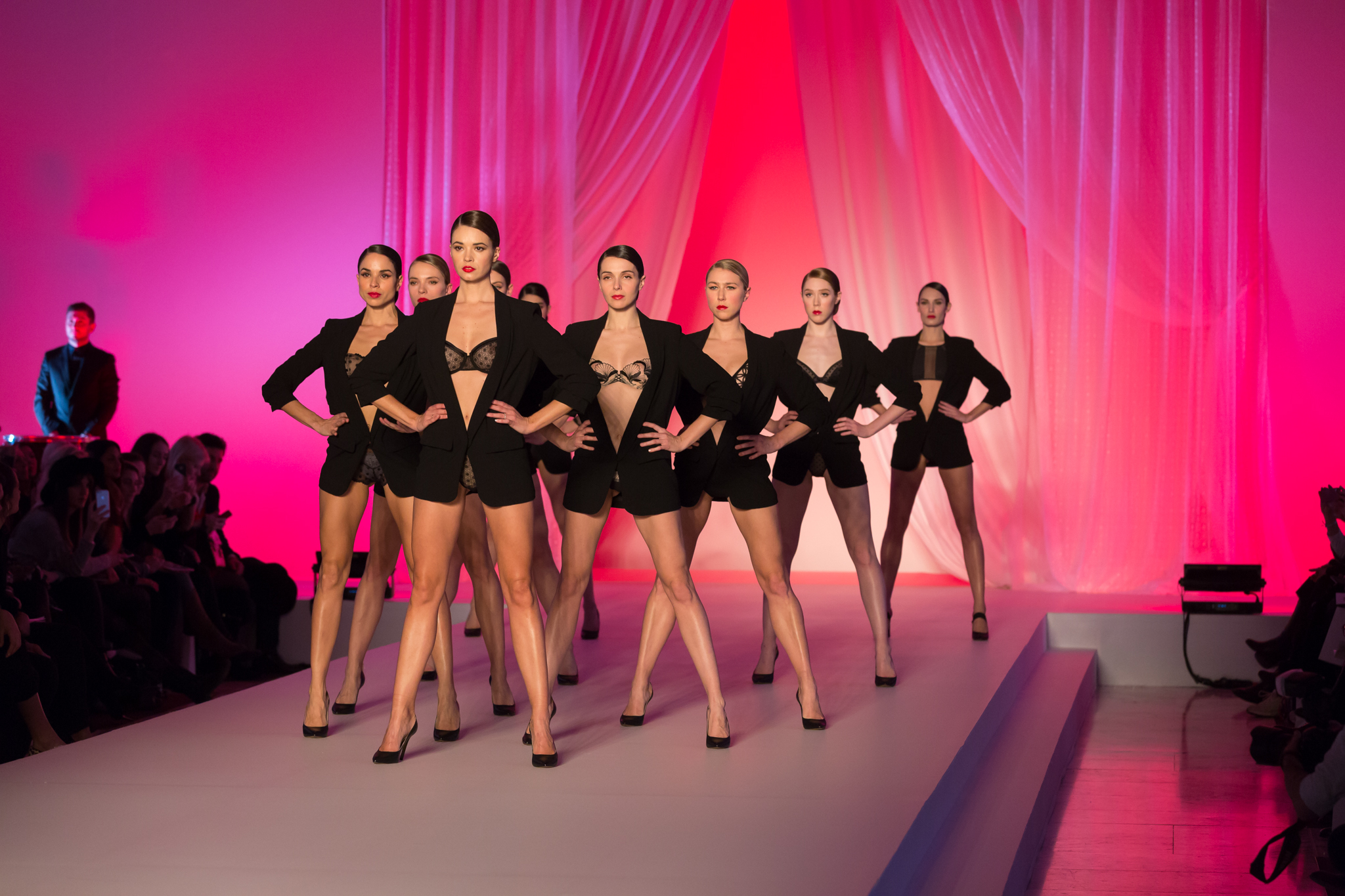 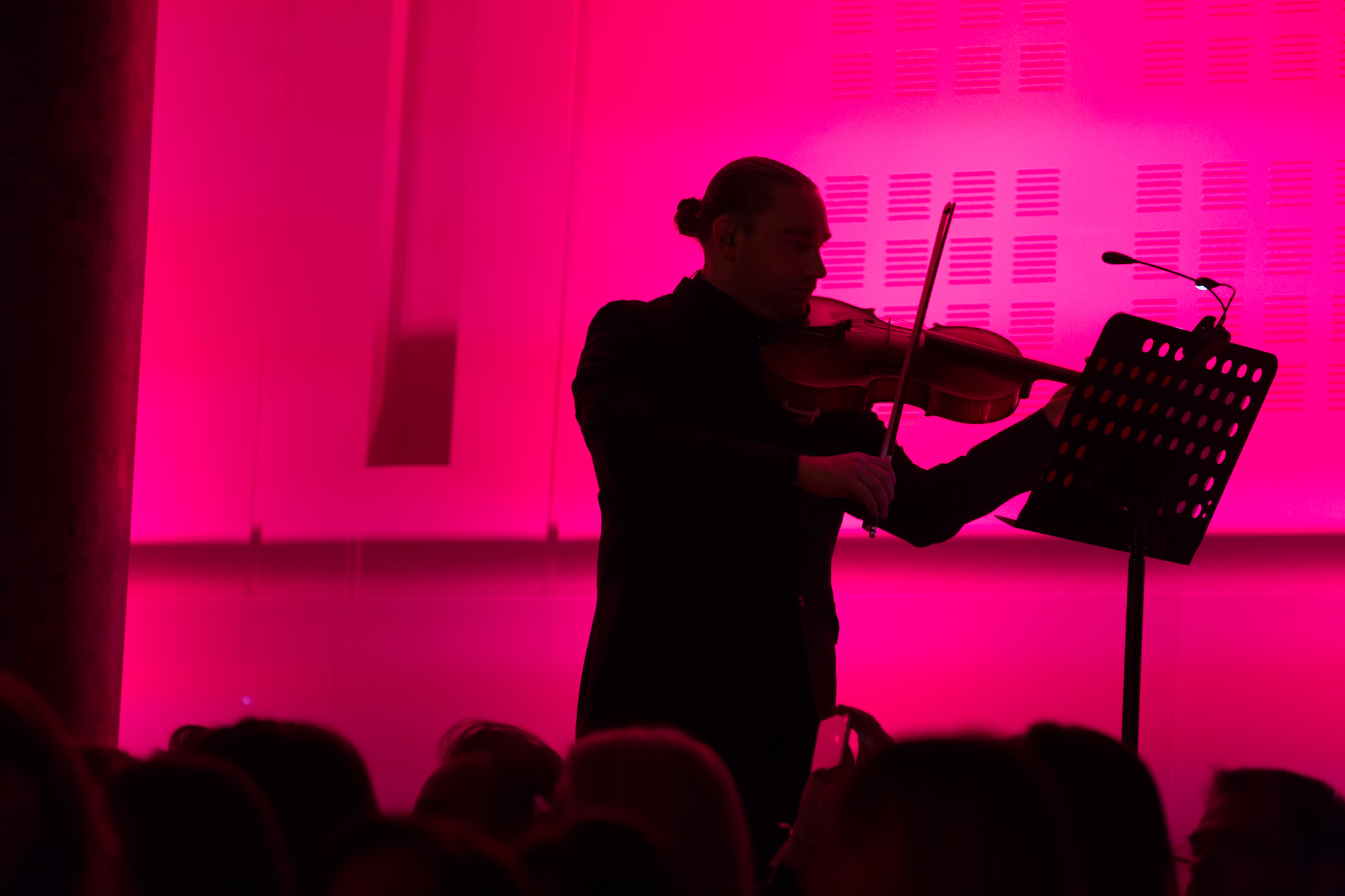 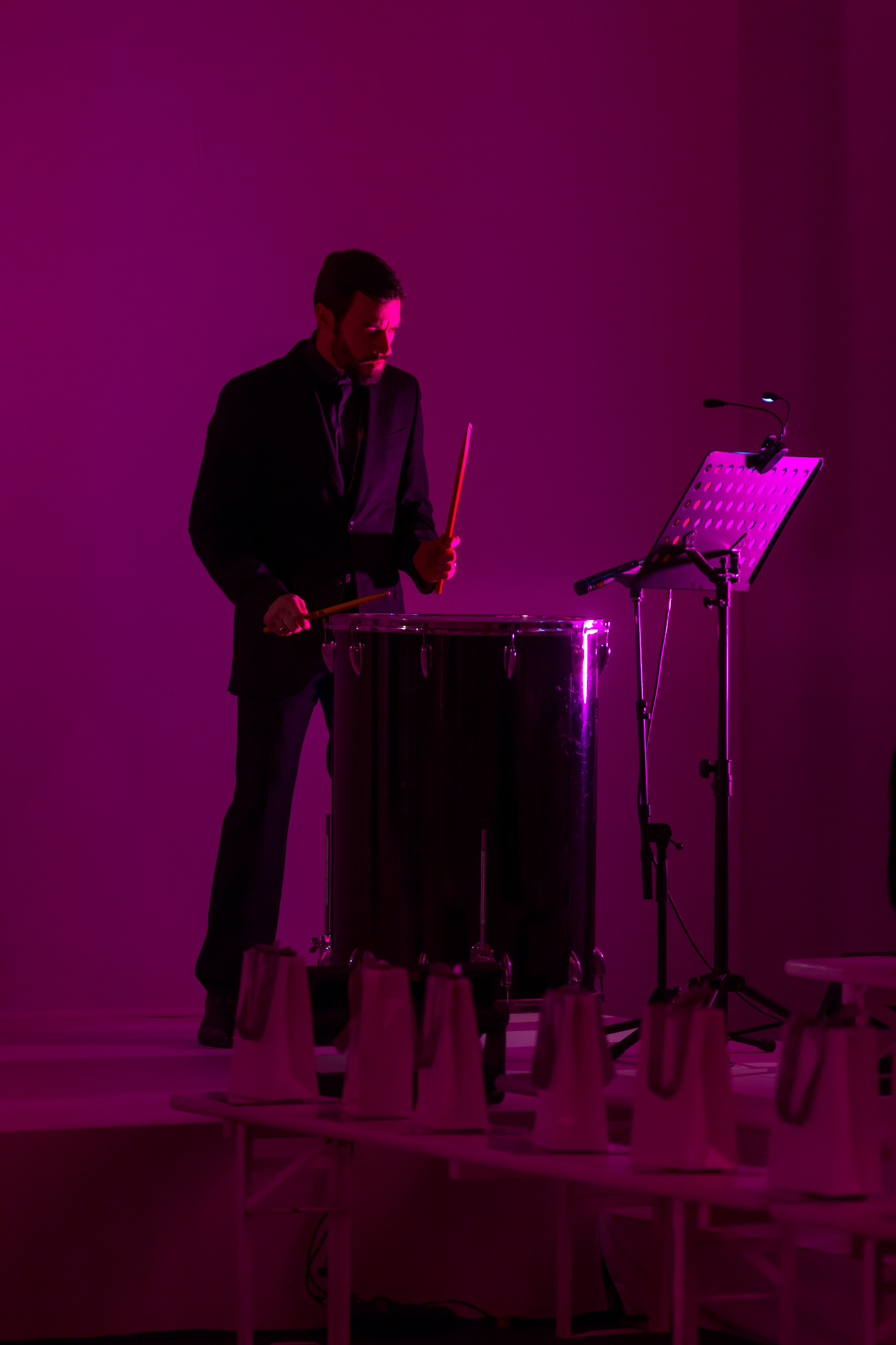 Like all world class events, this incredible fashion show was the result of a dynamic team of industrious and creative artists who brought every element to life:  Music, choreography, set design, hair and make-up, and countless operational details behind the scenes.  Key team members include the following four individuals:

Frédéric FontanFrédéric Fontan: Artistic Director, director and choreographer
With his three degrees in Stage Art, Communication and Chemistry, Frédéric Fontan started his first career as an international artist-interpreter. Approaching his thirties, he began a second career as Creative Director in advertising and events. Whilst maintaining this ambivalence between Art and Communication, he switches effortlessly from brand communication strategies, to exhibition layouts or show staging in Europe, the USA and Asia. In 2012, he founded ALFALIBRA, a communication agency and artistic production house in Paris and Hong Kong. On the artistic and cultural side, he distinguished himself along with DA for a number of exhibitions including the European Pop-up Tour by Arjowiggins for which he received 3 Strategy awards. He also made an unforgettable mark with his work on the Haute-Couture fashion shows by Serkan Cura, Josep Font, Franck Sorbier,… In 2016, he created the world tour for the Paris Ballet Legends event show with the greatest dancers of the time, including the Stars of the Paris Opera, with a program ranging from repertory to pieces by Prejlokaj, Roland Petit, Martinez or Millepied. 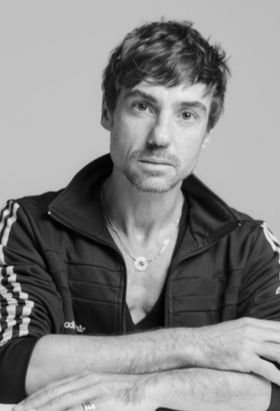 Olivio SarratOlivio Sarrat: Choreographer
French soloist dancer and choreographer, Olivio Sarrat’s repertory spans from classical to contemporary dance.  After joining the Royal Opera of Wallonia in 1992, he became a soloist with the Artemis Ballet Company. He is particularly known for his direction of the inaugural show for the Millau Viaduct, in 2004. In 2000, he joined the Berlin Komische Oper where he became principal dancer and interpreter of some of the greatest contemporary choreographers (Blanci Li, Forsythe, Bagouet,…). In 2014, he continued his activities as a guest soloist dancer, a choreographer for different companies and events and as a teacher at the International Dance Academy. For the Paris Ballet Legends show, he created the four-hand piece Carmen Toujours! with Frédéric Fontan, which was critically acclaimed. 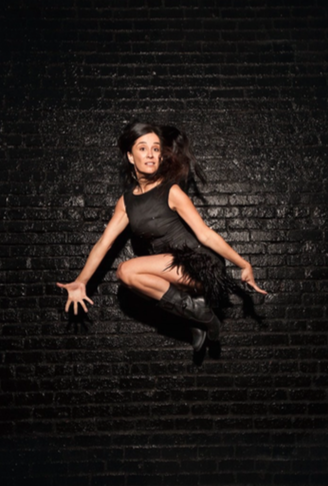 Virginie TocVirginie Toc : Choreographer
Trained at Rick Odums, Virginie Toc has danced all over the world with different companies and revues as well as in television studios. She has been a choreographer since the age of 10, and has also distinguished herself on more than one occasion as a theater actress. Although she can turn her hand to anything, her specialty is fashion show choreography, notably for Bérénice, Fatima Lopes, Chantal Thomas, the Who’s Next Salon, Adidas…
Thomas Roussel: Musical Director, founder of Prequell
Composer, violinist and conductor, Thomas Roussel’s career covers film soundtracks (Amour sur Place ou à Emporter, The Cure) advertising (L’Oréal, Issey Miyake), fashion shows (Kenzo, Dior, Akris) as well as a variety of artistic projects. He was one of the founders of the SomethingALaMode formation, which was hugely successful, in particular because of its collaboration with Karl Lagerfeld. Arranger and joint composer, he works with other artists such as Jeff Miles and Loris Gréaud. In 2015, his new project Prequell, which marries classical and electronic music, took him to numerous events and stages worldwide.

A big thank you to all/ Un grand merci à tout le monde!