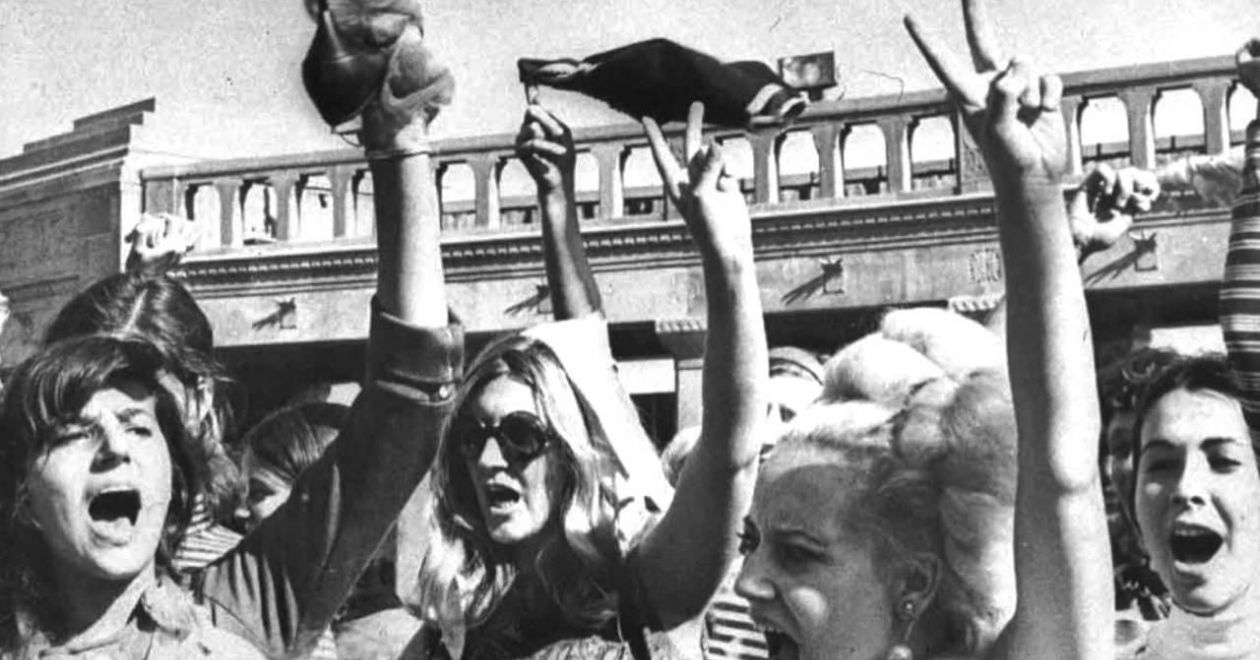 Oh darlings, how many of you remember when American women burned their bras as a symbol of male oppression? Back in the day, feminism and femininity were contradictions in terms – at least in the American mind. It wasn’t until Third Wave feminism brought us the term “lipstick feminism” (and, later, stiletto feminism) that American women started to embrace the idea that you can simultaneously be a feminist and feminine, complaint yet defiant. We, of course, like to think of it as lingerie feminism.

French women were burning their bras back in the day as well, of course, but not for the same reasons. French women never danced on the hot coals of American-style feminism; their feminism burned with less militancy and lacked, as French historian Mona Ozouf saw it, the “unparalleled dimensions and unprecedented ferocity” of its American counterpart. Put in racier terms, journalist Justine DeLacy pointed out in the New York Times during feminism’s heydays that “French women, after all, did not exactly remove veils upon liberation; many did remove bras, but this was more in celebration than in protest against the female condition.”

No wonder being feminine and a feminist was never really a contradiction in terms in France. Rather than live in the extremes of militant feminism or powder-puff femininity, French women generally live in what’s called le juste milieu—or that middle ground between the toasty passion of the Latin soul and the frostier outposts of the Cartesian mind. You don’t have to burn bras or pad them to live in this place; rather, you can embody with ease many of the contradictions that Anglo-Saxon culture often refutes: You can be a feminist and feminine, a sensualist and a traditionalist, classic and libertine, submissive and powerful.

Living in that middle ground, while we’re at it, generally allows us to negotiate a world where romantic possibilities don’t have to always be emotionally tidy or safe. Desire can be of greater import than utility, experience of greater import than resolutions and “closures,” and liaisons don’t necessarily have to be dangereuses.

French society is far from perfect, but it continues to be a place where, to quote Mona Ozouf, “the demand for equality among individuals remains fundamental, but can be combined with an emphasis on differences. These differences can be experienced without anxiety and can even be used with felicity; people can play on the resources of seduction and the ambiguity of amorous relationships; they can run the infinite gamut of romance.” All of which suggests that when the French say vive la différence, they really mean it.

What’s lingerie got to do with it all this? French fashion curator Catherine Ormen gives us the intriguing low-down in the video below: