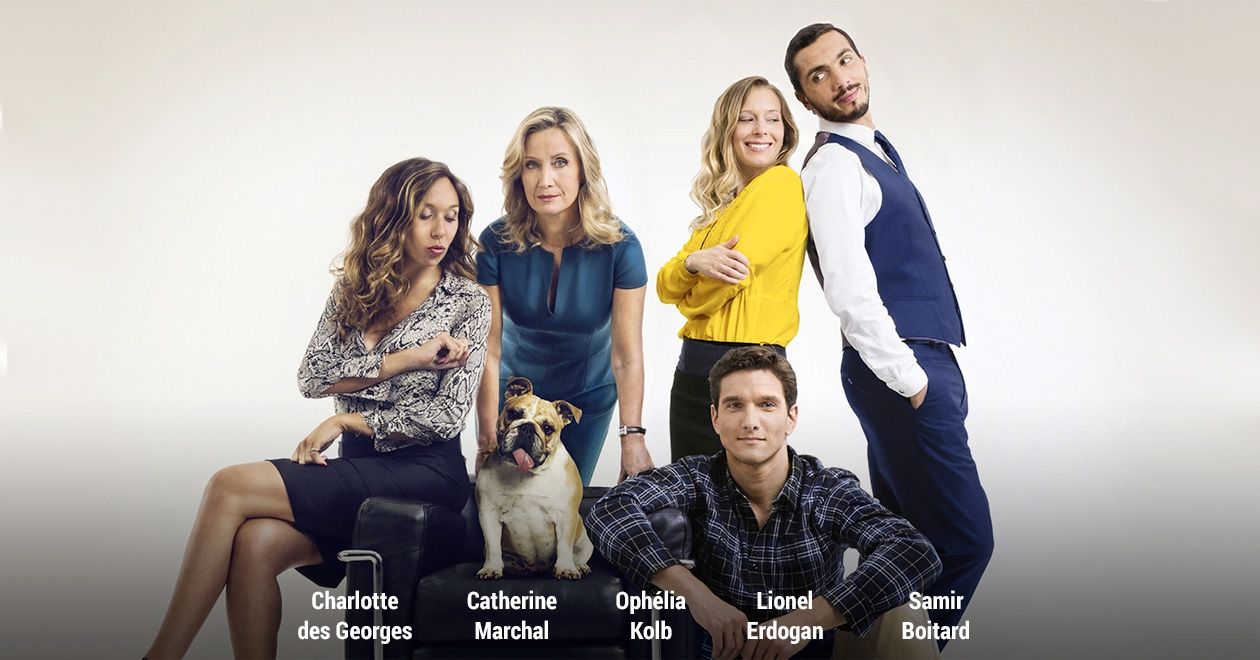 Recently one of my favorite French television series ended: On va s’aimer un peu, beaucoup, passionément*…(unlike the American nursery rhyme, ‘he loves me, he loves me not” the French version is much more emotional ‘he loves me a little, a lot, passionately, not at all’).

The show centers on three female protagonists: Astrid Lartigue (Catherine Marchal), a beautiful 50+ lawyer; her partner in their family-practice law firm Sofia Lorenzi (Charlotte des Georges), and her daughter Audrey Lartigue (Audrey is played by Ophélia Kolb who appears in Call My Agent! on Netflix) who is also a lawyer working in the practice.

Because the law firm is a family practice the episodes treat social issues like adoption, autism, delinquency and divorce. In one episode a transgender client presents her case to Sophia and the delicate elegance with which Sofia treats the client and the case are remarkable.


How very refreshing to see women with genuinely interesting and complex lives played by actresses over age 25, who do not wear 8 inch heels, size 24 jeans or have 3 hour hair! While Astrid is beautifully dressed, in this French show she actually re-wears some of her clothes with different accessories – just like women do in real life. How liberating to see a 50+ woman with a dynamic erotic involvement -and in a charming choice - her lover (Joseph Malerba) who is a successful Barrister, is bald with a grey beard and a slight paunch. But he is definitely very sexy – so they are opening up definitions for older men as well! Their love affair is playful and intimate and grown-up – a delightful and rare portrayal on public television.

As women open up their lives, and expand definitions of beauty; as #metoo becomes an international call to arms, as lingerie companies choose models of various sizes and shapes and ages, it is a pleasure to see French National television open its Prime Time schedule to portrayals of women that are anything but binary. Women are no longer office managers or homebound, mature or sexy, fashion plates or dowdy matrons - women can be everything; they can have brilliant careers, nurture their families, and/or have love affairs all simultaneously! Vive la France!